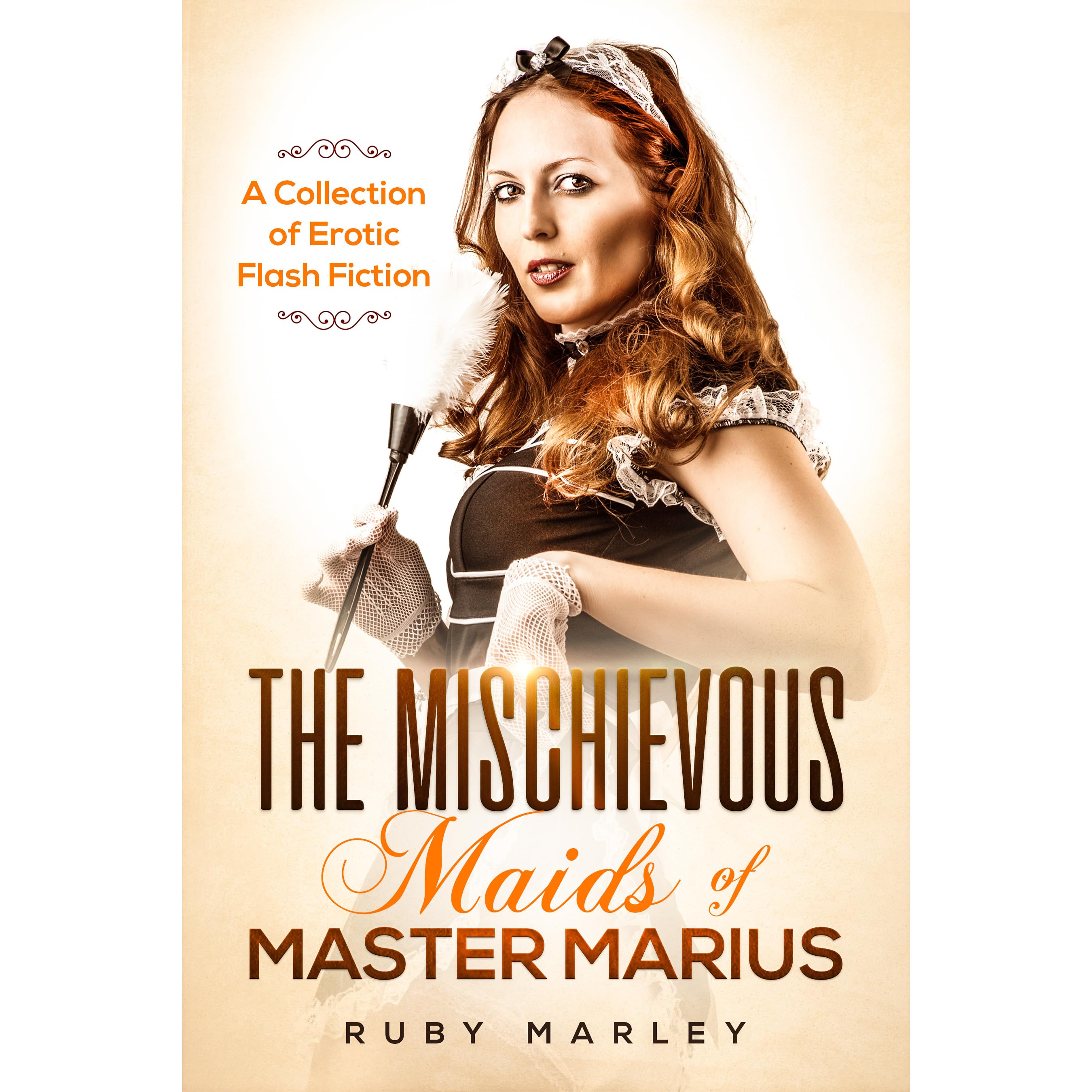 
Once again in motion, the train lulls her thoughts into an alluring labyrinth of images. A labyrinth with tall moss-lined walls. Dressed in only a transparent muslin tunic which falls to her ankles, she wanders, awestruck. At each dead end, there stands a phallic deity — first there is the Indian warrior God Shiva.

She kneels before his many arms, looking up at his blue outstretched tongue, mirroring the angle of his phallus.

Prostrating herself, she utters a mantra in Hindi. Next, she is confronted by Priapus, the Greek protector of flocks and of bees. She is compelled this time to rub the length of his enormous erection, jutting out of his tunic. In another cul-de-sac, the Norse pagan deity Freyr beckons with his magic sword for her to honour his virile tumescence.

As she bends to do so, does the marble feel somehow warm against her mouth? Before she can confirm this, another deeper voice is calling her name, and her bare feet are pulled down a path into another alcove. And here waits Pan — cloven-footed, twisted-horned and dangerous in his decadent worship of the flesh. Roxy is wet, juices moistening her thighs. She knows what He bids.

As she parts herself to the stone cockhead, preparing to move its length into her, she hears a deep laugh and watches the marble become livid flesh, like watching a crystal goblet fill with red wine. Roxy is pulled out of this fantasy by someone bumping her right shoulder.

And then the train is rushing through a tunnel. In the momentary darkness, Roxy squirms, throbbing and wet in her seat, realising that each carriage-full of the object of her desire forms part of this larger phallic symbol. Each carriage a veritable cornucopia of cock. And that she herself sits in the centre of this onward-hurtling phallus. She is dizzied by the enormity of it all. A peak hour train has never seemed so crowded. And she has never felt so aroused. Glancing down at the newspaper, Roxy attempts to compose herself a little, as the train arrives at the second station beyond the inner city.

She senses the density of bodies increasing even further. It is often at this point of congestion, Roxy has previously observed, that people insulate themselves in headphones and electronic screens, each plugged-in individual creating a tiny island of mental privacy. Roxy dons no such technological armour, preferring to keep herself wide open to sensory input.

It is then that she senses a male presence very close to her. Right in front of her face, should she decide to lift her gaze. She does, and is eye-to-zipper with a lean pair of hips, wearing grey woollen trousers. He must have an arm steadying himself on a nearby rail, as his hips are thrust slightly outward. Directly into her face.

What she can see are the tempting outlines of his cock, a mere cigarette-length away from her face. Definitely wearing Y-fronts, tending north-east. Testing his receptivity, she leans slightly forward, rubbing her cheek firmly back and forth across his groin.

She senses him freeze for a moment, then he relaxes and rocks himself closer. Roxy takes hold of the zipper seam with her teeth, tugging suggestively as she leans back further in her seat, affording her more of a safety margin of privacy. His hips move with her. No going back now. She allows herself to cup the firmness of his testicles as she deftly unzips him and eases his sudden erection up and out of the waistband. His flesh has a warm olive hue, and the head has already emerged from the foreskin.

She exhales warm breath onto the tip, honing all her senses down into that small yet engrossing landscape, and takes him in her mouth. She sucks at him as her tongue descends in lazy spirals, down his shaft and up again. Looping her right hand around the outside of his thigh to hold him close, she insinuates her fingers into the cleft of his buttocks, caressing the base of his testicles with her fingertips through his trousers.

He tastes of ocean and sun-warmed rock.

He tastes of transgression. The rocking of the train gives her mouth a rhythm to ride. She is lost in sensation, noting with pleasure the tell-tale seep of salty fluid from the tip. She tongues him there, then takes as much of him as she can into her mouth again. Her sex is warm, her clitoris an ecstatic tongue of flame. A broken sigh floats down on her from somewhere above. All she can see are orange tiger lily blooms as her mouth is suddenly full of heat and liquid pollen.

Keeping her lips tight around his length, she swallows once, twice. Full of wonder for the trust given to her by this stranger. He finds her shoulder, moves down her arm to her hand. With his other hand, he presses something into her palm, squeezes it shut. As if from a distance, Roxy hears the doors open, a station name being announced. She opens her hand to find a business card. His name, in embossed letters, seems to throb in front of her eyes. Roxy can still feel his fingers against her lips. The tenderness in his brief touch.


This has never happened to her before. The pleasure she has found on these train journeys has been for her sole enjoyment, remaining at the impersonal level.

Examining the card, she decides she will call the number. Identify herself. Find out why he was compelled to create the possibility of an ongoing connection, when he could easily have left it at an anonymous encounter. She looks around her at the crammed carriage, the tired, impassive faces. 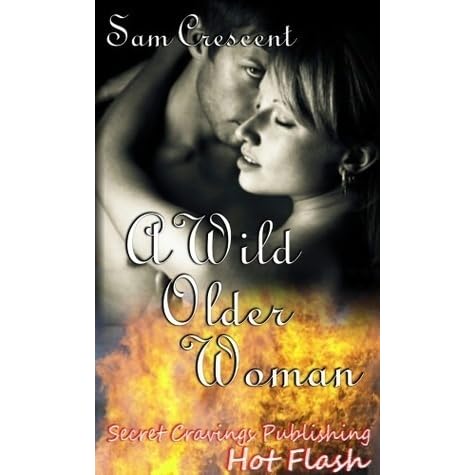 Today's Top Stories. Harry, Meghan, William and Kate reunite for work. Jess Shears hit back at trolls after baby photos. Courteney Cox hosts mini Friends reunion. MAC's new beauty advent calendar is beyond epic. Getty Getty Images. Her favourite time of day. Peak hour. She is eye level with her favourite subject. Roxy is a connoisseur of cock. Rising, she wraps her arms around its girth, feeling its hardness.

So I had no choice but to write it in. But then I just let my imagination run wild. I gave it a mind of its own…I let myself out of my comfort zone, and just let the scene take control of the story. And yes…I had to do all this by going to an environment that had love around it—a restaurant with a mini-bar, and about a dozen couples seated around me.

So basically, love was in the air! As a writer, your faith, morals and all could want to restrain you while writing certain scenes. This is understandable. But sometimes for the sake of creating a believable, amazing story, you have to put all this aside for a while and let the story, the characters and the scene come alive and take control.

I have read most of the Ankara Press books and they are all Romance Fiction, no sex scenes at all which is why it is Romance literature. They strongly feel that erotica is a powerful aspect of writing that would make them look sinful and bad before their readers, their families and the general public. I am delighted that some are waking up to the challenge of tackling all forms of writing — we should be grateful to writers like Nnedi Okoroafor etc.

We should encourage more writers to write erotica. We would be delighted to have some African writers selling millions of copies of erotic literature and making money for themselves. I think the question was posed about sex scenes in literature in general not just pop-fiction romance. Other genres including literally fiction can contain sex scenes. I think they were simply expressing their tastes and preferences. I disagree with your assertion that African writers are scared. It was only a line or two, but the protagonist was a tween I think his name was Azu or something , while he was sleeping he overheard his parents making love.

Sometimes imagination goes further than a heavily painted picture. Some of the Ankara Press titles do have sex scenes. The reason I would have removed my sex scenes had I known my manuscript was going to be selected has nothing to do with fear but rather love and respect for my culture, family and friends. Why did I write it then? Because initially only my friends and I were going to read it. Would I write sex scenes again? Yes, if I felt like it and I thought it fit the book. They are part of the high heat level between the characters, which drives the story — against their better judgment at times!

They fall in love. It is troubling to see African fiction stereotyped on this blog. It is true that I, due to living in an African country, am fortunate to have access to a greater breadth of African fiction than people living outside the continent. However, given the global success of Helena S. It is true it may be harder to find African lit published in Africa if one does not live there, but it still exists, nonetheless. Some of it can easily be accessed online, for example at the end of Expound Magazine came out with an erotica issue, which is available to read online.

Jassy Mackenzie and Lauri Kubitsill are two other names that have been around for some time and their writing often contains sex. The winning story for the Short Story Day Africa Prize contained explicit sex and many stories in that anthology, as well as their current anthology Water, contain sex scenes or those of a sensual nature. Yes, like any continent, Africa has trends and cultural issues that are reflected in their stories.

But Africa is a massive continent, filled with people from a variety of backgrounds, cultures, skin tones and languages. Consequently, the variety of literature is both wide and deep. This is such a wonderful site and reaches out to many potential readers, especially ones from the West who may only be dipping their toes into African lit. Thus, it would nice to see the site presenting the full breadth of African writing represented, rather than trying to push African writing back into a box.

So thanks for encouraging me to continue with my novel. I definitely feel more purposeful about it moving forward. Thanks Anelisa, I look forward to reading that. Precisely Aziza! Thanks for the encouragement. And conversely because we need loin warming our nationals will be forced to keep buying that awful […]. Twitter Username. Facebook URL. Notify me of follow-up comments by email.

Welcome to Brittle Paper, your go-to site for African writing and literary culture. We bring you all the latest news and juicy updates on publications, authors, events, prizes, and lifestyle. Follow us on Twitter and Instagram brittlepaper and sign up for our "I love African Literature" newsletter. Subscribe for African literature news, and receive a free copy of our "Guide to African Novels. First published in as […]. Tickets are currently on sale for a masterclass with the award-winning writers Teju Cole and Zadie Smith.

There was darkness, there was emptiness, there was […]. The Nigerian literary and journalism magazine The Question Marker has released its Issue 9, inspired by the Suicide Awareness month […]. Powered by WordPress. Designed by. Subscribe to RSS. Subscribe to Newsletter. Monthly Newsletter: Join more than 5, African literature enthusiasts! Toggle navigation. Features , Lit Scene February 14, Like African literature?